(Appel à article) Perceptions of Human-Animal Relationships and their Impacts on Animal Ethics, Law and Research 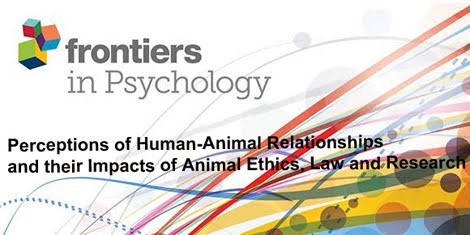 Non-human animals, due to the current human demography, are living in ecosystems increasingly impacted by humans and have developed relationships that depend on human societies.

In respect to their proximity with human beings, their uses and settlements, non-human animals have recently been classified by Kymlicka and Donaldson in three categories: Wild, Domesticated, and Liminal.

Wild animals form their own communities and benefit rights of sovereignty; domesticated animals are fully involved in human societies and may benefit citizenship; finally, liminal species are wild but live in the midst of human settlements and may benefit resident status. Human perceptions of these latter species, such as their presence, function, potential co-use, shared or personal environment, depend on multiple sociocultural and biological factors. This discrimination between animal species is called speciesism.

Beside Kymlicka and Donaldson’s categorization, a prime distinction was based on the phylogenetic proximity with human species. In general, people show a preference to warm-blooded vertebrates compared to invertebrates; yet some species within a given taxon, benefit special attention, opposing for example bees and wasps.
Another instance is based on culture, where for example Europeans traditionally eat pork but not dog: these two species are however comparable at multiple levels such as body size, longevity or intelligence. The perception of those animals by the people, for instance, how they live together and how we interact with them, progresses according to changes and evolution of our societies and scientific knowledge.

The ongoing scientific research allows animal ethics, animal legislation and animal research to develop. However, some elements are still difficult to disentangle in these new rules: How and why should/do we categorize animals, even if it seems utopic to think in another way? Should we give to different species the same moral status and rights according to their sensitivity?

The crucial question is whether we must consider all species in these animal rights categories or only vertebrates or even only mammals. We need to conciliate different elements – biology, law, sociology, ethics and philosophy – implied in animal protection and consideration, in order to elucidate those questions.

Important Note: All contributions to this Research Topic must be within the scope of the section and journal to which they are submitted, as defined in their mission statements. Frontiers reserves the right to guide an out-of-scope manuscript to a more suitable section or journal at any stage of peer review.

Our first Orange-tip of the year on the local patch this morning resting on Blackthorn. @BCWarwickshire